On the third day, you can start by visiting the Museo de Bellas Artes de Sevilla (Museum of Fine Art). The gallery is home to permanent collections (Zurbarán, Murillo, Valdés Leal) and other temporary ones.

The museum has its origins in the rooms of what was once the Convent de la Merced, which would be reformed into a quintessential building of Andalusian Mannerism. The entrance to the gallery opens onto the Plaza del Museo, where a statue of the painter Bartolomé Esteban Murillo (creator of famous paintings of the Immaculate Conception) takes pride of place. On Sundays, the square becomes a curious street market, selling art that attracts both tourists and locals. Around the museum is a network of streets that have the silence of a city lost in thought. It’s true, of course, that there’s always the noise of guitars and flamenco. But you also have to appreciate the sound of silence in a city which at times seems drunk with noise.

The barrio of San Lorenzo is the network of streets that stretch from San Vicente, inviting the wanderer in. The houses have the façades of noble houses and patios, which you can see through open doors which mark the boundary between pavement and hallway. In the main square the basilica of Jesús del Gran Poder and the church of San Lorenzo (look at its peculiar weather vane) cut the barrio in half.

Of modern design, the basilica provides shelter to the image considered the Lord of Seville, a work by the image maker Juan de Mesa. As the visitor has previously been able to observe (on tile signs, churches, reliefs, convent walls) the city very much wears its cultural religiosity on its sleeve.

Between the Alameda de Hércules and San Lorenzo stands the convent of Santa Clara, which has recently been converted into a Cultural Space. It has its own estate right in the midst of the most typical local houses in the city. The albarran tower of Don Fadrique, with its history and legend of medieval love affairs, rises between the walls of this space which has been newly dedicated to cultural activities. On this third and last day visiting the city, one has to see another Seville of different colours.

The futuristic architecture of Metropol-Parasol, a work by the German architect Jürgen Mayer, contains, in its basement, the Antiquarium, where you can find archaeological remains of the old city of Hispalis from Roman times. Walking from Plaza de la Encarnación towards the northern residential district of the city, you will see a chameleon-like city. Enjoy it.

The best way to walk here is to zigzag. Time doesn’t matter. Losing yourself is one thing. Knowing how to lose yourself is another. From Encarnación the route takes you to the vintage shops and the gallery-shops. Here hipsters mix with the barrio-born. From Calle Feria to the Macarena, you’ll come across a series of unforgettable human vignettes. There’s a little bit of everything. Old-fashioned bars mix with gastrobars selling the latest in modern tapas. Gothic-Mudejar churches and alternative venues. The trendy and the typical. In some gay tourist guides a visit to the Alameda de Hercules is recommended. But this Sevillian Soho, like the Williamsburg of Brooklyn but on this side of the pond, is much more than a simple cliché.

Tiling, labyrinthine streets, closed squares and small squares. The beautiful belfries of the convents and monasteries let the wanderer know that they haven’t lost their way (Espiritu Santo, Socorro, Santa Paula, Santa Isabel). Heading north, you’ll find the Palacio de los Marqueses de la Algaba, with a Mudéjar museum, and a few minutes’ walk behind that is the Macarena Arch. On its altar the adjoining basilica houses one of the greatest objects of religious devotion in the city: the Virgen de la Esperanza Macarena.

A dedicated museum explains the importance of the Macarena in the emotional chronicle of the city. Just metres away stands the jewel of renaissance-era Sevillian architecture, the Hospital de las Cinco Llagas, which is today the seat of the Andalusian Parliament. Just one look will tell you that this building is the very opposite in style of the gaudiness of the baroque. Head towards the nearby Barqueta bridge, and, beyond the river, the visitor will be able to admire a type of science fiction.

These are the grounds of the Seville Universal Exposition of 1992, whose memory still lives in the subconscious of the city. Expo ‘92 reshaped the map of Seville. If you cross the river here, you can choose to enjoy the Isla Mágica theme park, or, heading towards Triana, visit the former monastery of the Cartuja (current home to the Centro Andaluz de Arte Contemporáneo – Andalusian Centre of Contemporary Art) and the highly recommendable Pabellón de la Navegación. The Cartuja footbridge crosses the river here and can take to to the CAAC from Calle Torneo. And always remember, save for exceptions, the Borges method, walking, walking, walking. 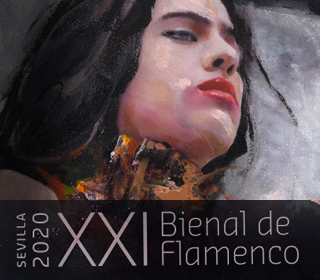 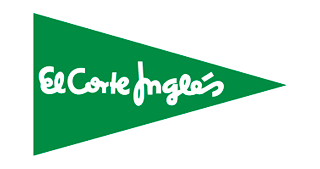 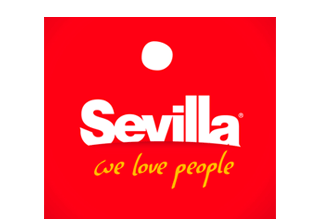